Earlier today, I was one of 27 young people arrested for occupying the House of Commons to call on our newly elected Members of Parliament to govern for a Green New Deal. As the new government gets set to enter the 43rd parliament, the demands of our generation for bold action on climate echoed through the halls of power. I’ll be frank. This isn’t how I imagined my first visit to Parliament in Ottawa. But with our collective future on the line, we must ensure our leaders are ready to address the climate crisis at the scale necessary. Young people made this election the climate election, and it is Our Time to Lead. That’s why, today, one week after the election, we didn’t back down — we doubled down. As Parliamentary police rushed in and dragged us across the floor one by one, our collective voices did not waiver. We spread the 338 mandate letters and the demands of our generation across the floor of the House of Commons. We urged our elected officials to take our future seriously.

After we were all removed from the House of Commons, we came together to share space, sing together, and share our stories. Some of our elected officials and Green New Deal champions who heard us loud and clear sent words of solidarity, including NDP Leader Jagmeet Singh. And Green New Deal champion and MP-elect Matthew Green even came out mid-way through his new MP orientation to accept his mandate letter and affirm his commitment to a Green New Deal. 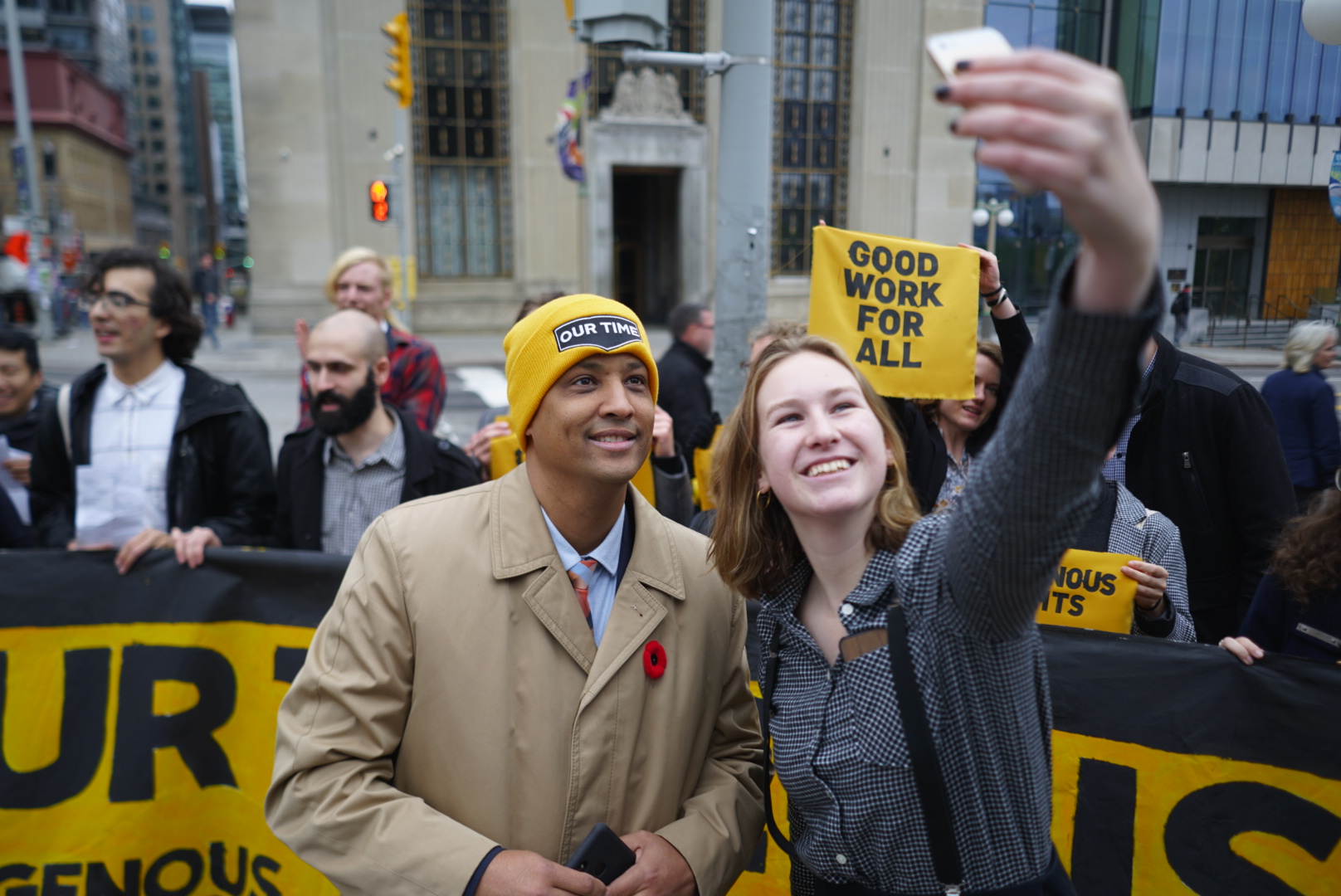 Risking arrest and watching comrades get dragged out by the limbs just for defending our collective future was hard to stomach in the heat of the moment. But bearing witness to young people being brave and putting their bodies on the line filled me with courage. We all owe it to future generations to stand up and fight for our people and planet.